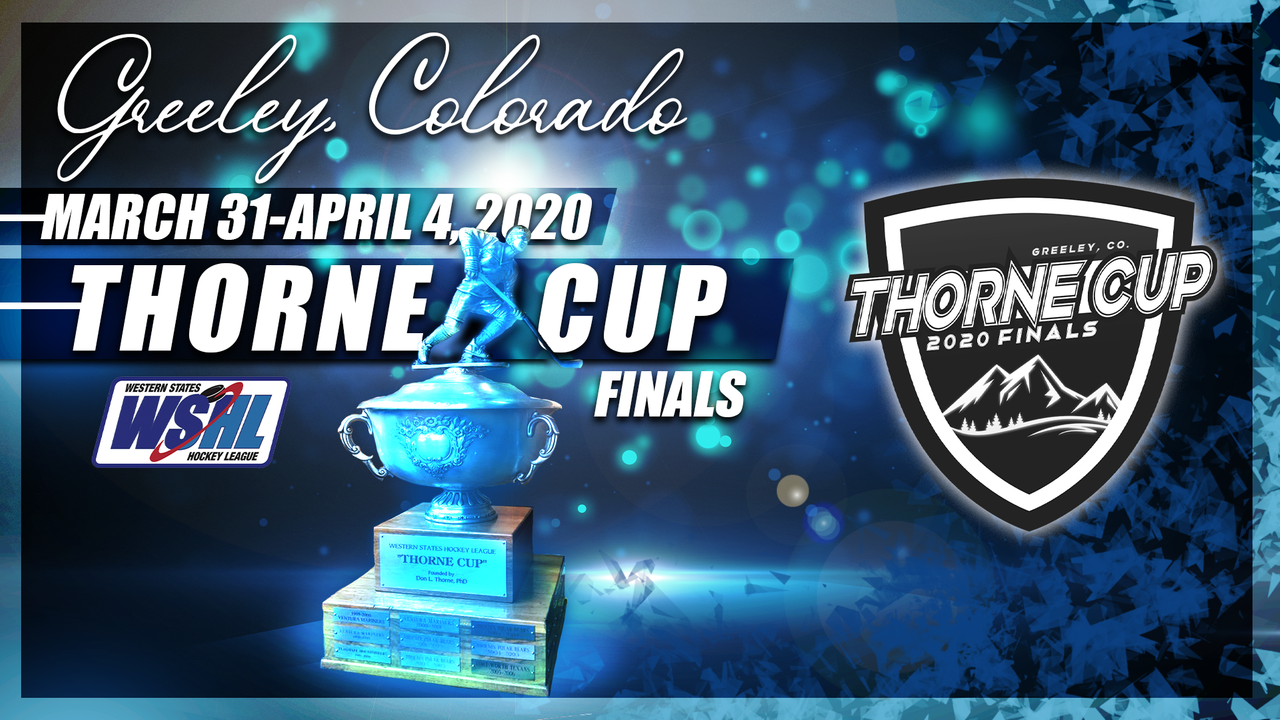 Witness the highest level of #WSHLHockey as the Top Six teams in the league battle to crown a champion! Will the El Paso Rhinos be the first team since the 2013 Steelheads to three-peat? Will Ogden reach glory after two straight trips to the championship round? Or will there be a sleeper team that comes in for the spoiler?

The 2020 Thorne Cup Finals will be held at the Greeley Ice Haus, home of the Northern Colorado Eagles of the Midwest-Mountain Division. Six teams will qualify including four division champions, the host, and a wild card.

Visit (http://www.wshl.org/2020-thorne-cup-finals) periodically for updated information on the Finals.